The Australian Intercultural Society (AIS) and the African Think Tank (ATT) co-hosted the African Communities Iftar Dinner at Melbourne’s Sofitel Hotel on Thursday; 10 July 2014. About 250 people attended this year’s dinner; which took place during the Muslim holy month of Ramadan. The purpose of the dinner was to build bridges; break stereotypes; and work towards creating a more cohesive; inclusive and harmonious society in Victoria. 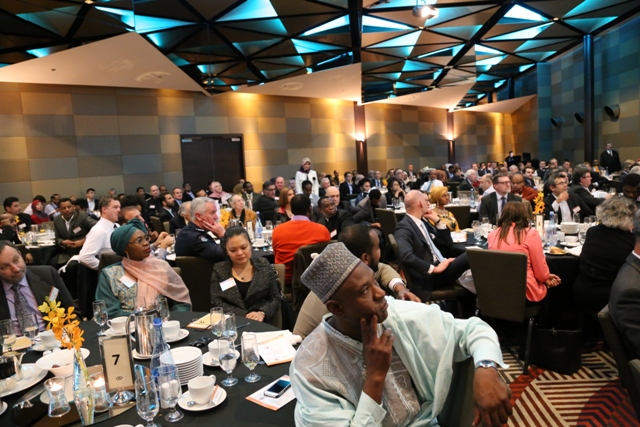 The adhan; or Muslim call to prayer; was given by Yasseen Musa; the 2013 Multicultural Ambassador of the Year. Salah Musa; a student at Swinburne University; recited several verses from the Quran. Wael Mohamed composed and presented an excellent poem titled ‘Justice’.

Injera specialist Karim Degal was the evening’s master of ceremonies.