On 13 August 2014; Deakin University’s Centre for Citizenship and Globalisation celebrated the launch of a new book from Dr David Tittensor; titled The House of Service: The Gulen Movement and Islam’s Third Way. The launch featured a talk by Professor Greg Barton from Monash University. AIS Executive Director Ahmet Polat attended the event along with several dozen other guests.

Dr Tittensor’s book focuses on the Gulen movement; a Turkish Muslim educational activist network that emerged in the 1960s and has since spread throughout the world. Named after its leader Fethullah Gulen; the movement has established more than 1;000 secular educational institutions in over 140 countries; aiming to provide holistic education that incorporates both spirituality and the secular sciences. Drawing on 13 months of ethnographic fieldwork in Turkey; Dr Tittensor explores the movement’s ideo-theology and how it is practised in the schools. His book provides a balanced perspective on the movement and is described as being “invaluable for those seeking to understand how Islam will be perceived and practised in the future”. 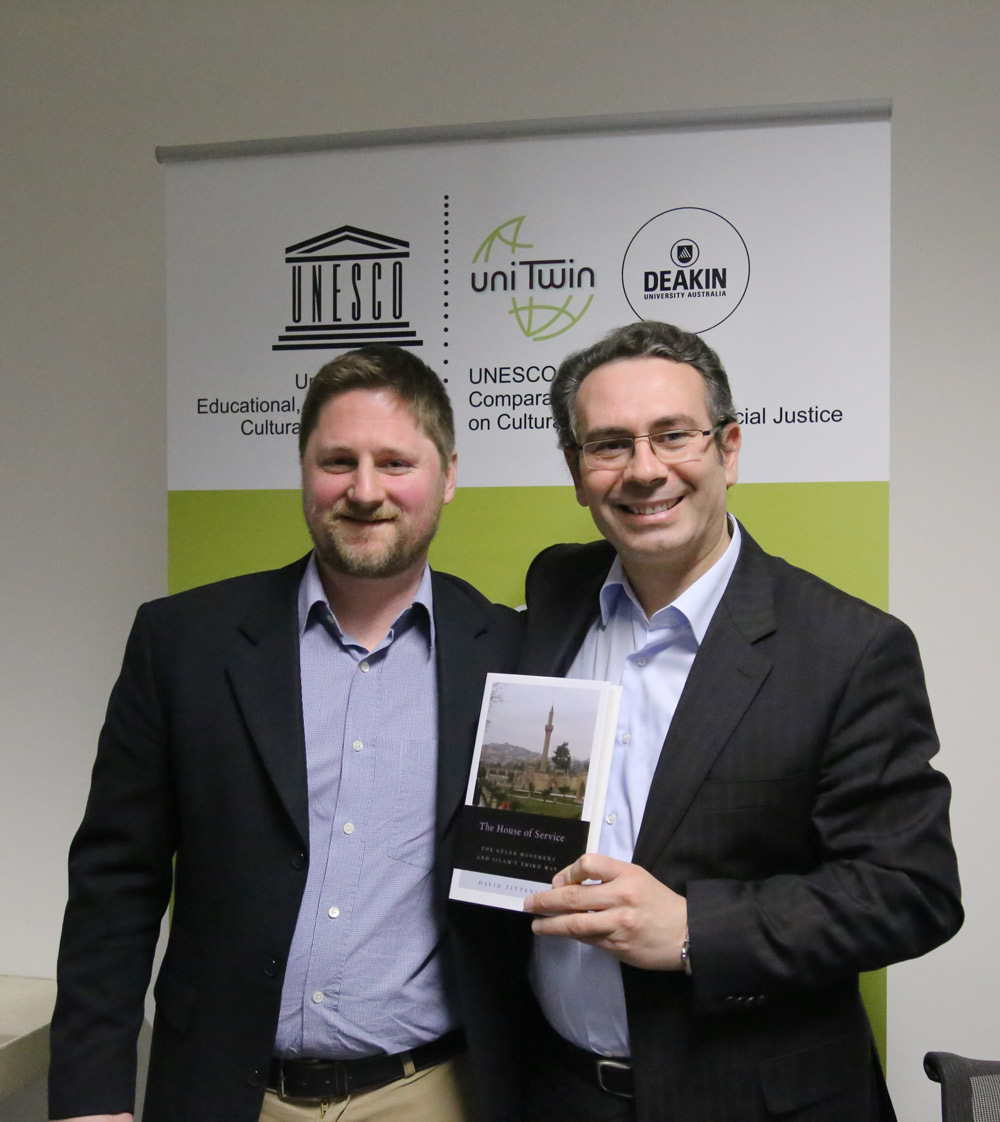 Dr Tittensor has a PhD in Politics from Monash University and is presently a Research Fellow at the Centre for Citizenship and Globalisation at Deakin University. His research interests include transnational Muslim movements; Turkish politics and society; and faith-based organisations and development.

More information about the book launch is available here.