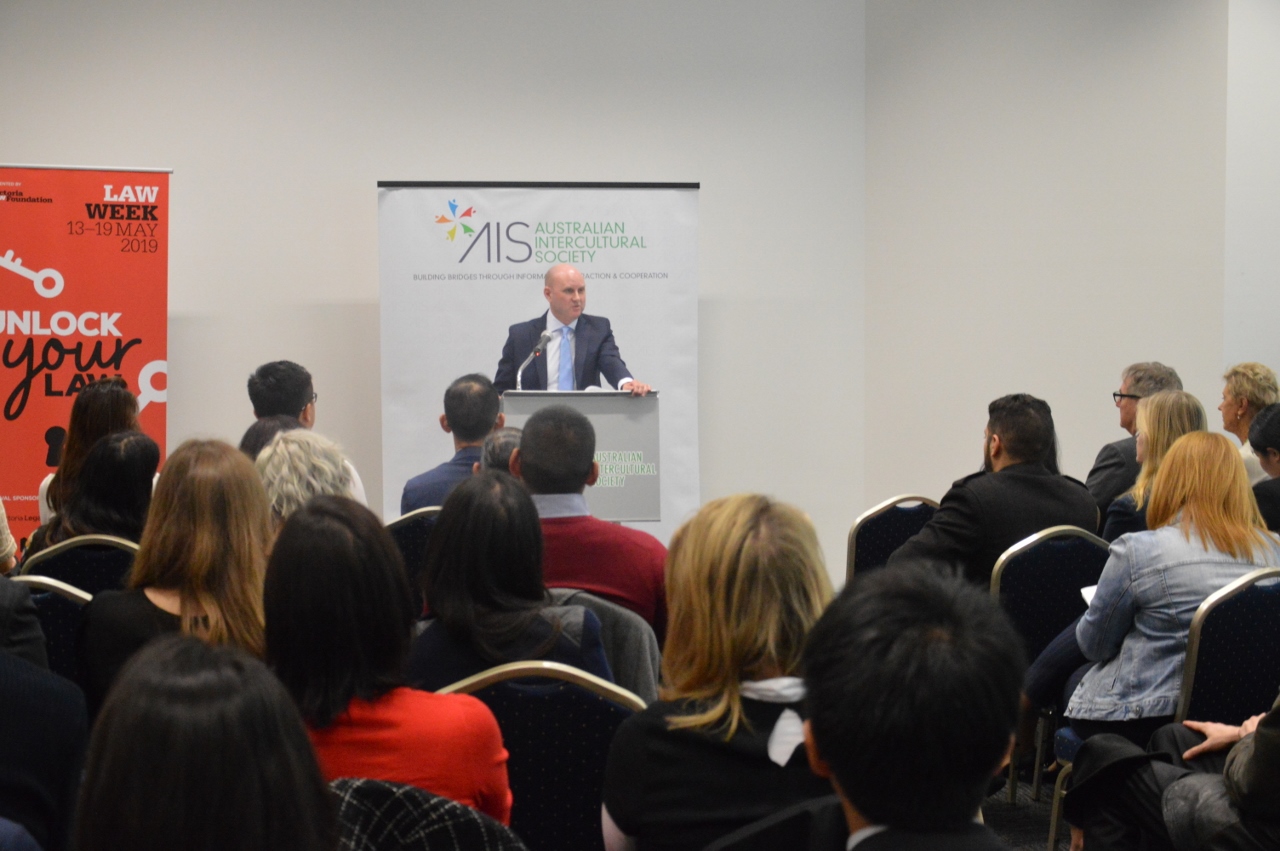 On the 13th of May, 2019, Chief Judge of the County Court of Victoria, the Honourable Peter Kidd SC gave a speech at the Australian Intercultural Society to address the topic of “Cultural DIversity and the Law”. He began by discussing his time as a prosecutor for war crimes in Bosnia and Herzegovina, where the courts had representation from a vast number of ethnic and religious backgrounds.

While this experience with war crime court is very different from any cases that have occurred or will occur in Australia, Kidd said his time serving on this court made him think much deeper into questions of diversity in local and federal law, such as “the central importance of the relationship between the authority of a court and the community’s confidence and trust in it. It highlighted how important it was for a court to be seen as balanced and fair, and connected to the community it serves”, explains Kidd. He then explained that his “experience taught [him] of the importance of symbolism and representation to a perception of access to justice”.

This is an issue that is relevant in many societies across the world, especially in regards to race. It is difficult to understand the behaviours or hardships faced by a group of people when you do not belong to that group, so it is impossible to judge fairly. There is a fine line  of balancing at play being able to treat everyone fairly and equally and being able to make informed decisions based on the background of an individual. Kidd explains that “In cases where an offender has come from a particularly traumatised and deprived upbringing, perhaps even from a war zone, these factors may go to explain why the offending occurred and what needs to be addressed to prevent any re-offending”. He uses the example of sentencing an Indigenous Australian, saying “A sentencing Judge applies the same sentencing laws and principles to an Indigenous Australian offender as they would to a non-Indigenous Australian offender. However, the sentencing Judge is bound to take into account those facts which exist only because of that Indigenous Australian’s cultural background. This may include the evidence of the effect of systemic and profound social deprivation and disadvantage experienced by that particular Indigenous Australian. But, it is not permissible to make sweeping assumptions about the individual circumstances of a particular offender just because they belong to a certain ethnic or cultural group”.

Kidd also brings up the challenge of creating a court system that is accessible and user friendly for those individuals who may not speak English. “For many Victorians, English may not be their first language…this can represent a serious barrier for people coming to court or seeking legal assistance”. This becomes a significant problem for individuals who do not have access to proper representation, or even those who just choose to represent themselves in court, however Kidd explains that the County Court is making serious efforts to fix this disconnect by creating case managers for those in self-represented cases. “These managers provide practical assistance to self-represented litigants to help them understand court procedures. While the Case Managers do not provide legal advice, they can link litigants to legal and other support services”.

One of the other issues Kidd discusses in his speech is the public’s ability to trust the County Court to serve them justly and fairly. He recognises that it is the responsibility of the court to reach out to the greater community to build that “confidence and trust” in a more diverse community. “In particular, there is important work to be done in building confidence in the courts among those new members of our community who may have come from countries where a lack of confidence in — or outright suspicion of — the courts was entirely justified” he explains.

Kidd is making a serious and valiant effort to create a diverse and accessible court system for all who use it. “The courts are your courts. “ he says. “They are the people’s courts, and the people are made up of a diversity of cultures”. It is this sort of drive and passion for equality and change that is making our world a better place to live every day.