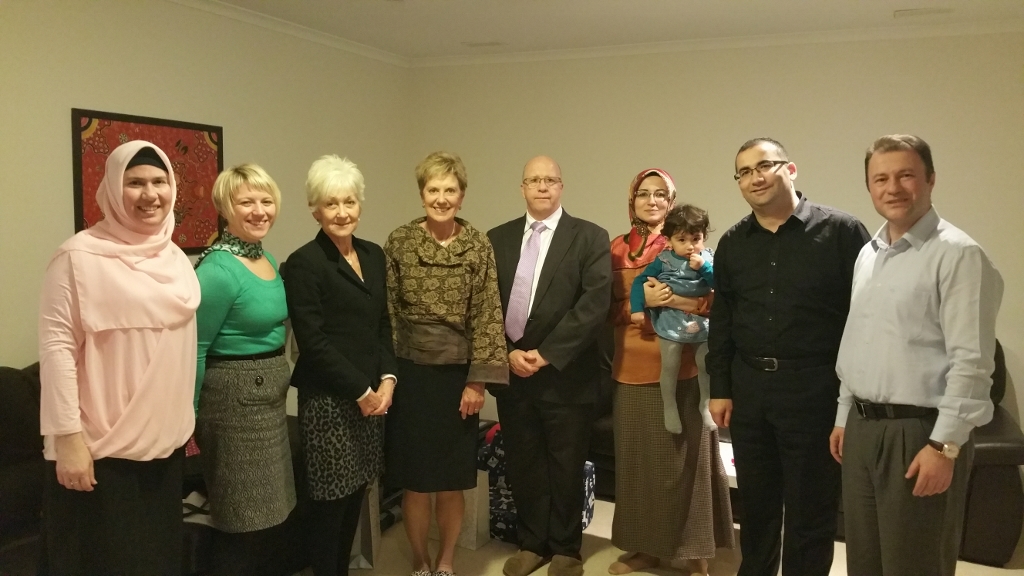 Australian Intercultural Society continued its tradition in arranging iftar dinners in the homes of Muslim families in Melbourne. An iftar is a fast-breaking dinner that takes place every night during the Islamic month of Ramadan.
Being an Islamic practice; iftars have often been Muslim only events that hosts take pride in arranging. It is customary to invite whoever is fasting; whether the person is a close friend or a distant relative. There’s a strong tradition of hospitality during the month of Ramadan as iftars are eaten in company of other Muslims.

AIS has taken this tradition one step further and opened it up for those who are not Muslim. These home Iftars have been organised by AIS for many years; providing a great opportunity for individuals to engage in first-hand cultural exchange and dialogue. The feedback has indicated that these dinners not only facilitate understanding of the Islamic faith but also enhance the Muslim community’s sense of belonging in Australian society.

This year; we arranged twelve iftars with Muslim families who were excited about the opportunity to host an iftar and warmly welcomed guest into their homes. Muslim families had the pleasure to host state politicians; public servants; members of the media; academics; think tank representatives; community and religious leaders.
AIS would like to thank all of the friends and guests who attended home iftar this year and give a special thanks to the Muslim families who opened their homes to host a home iftar dinner.