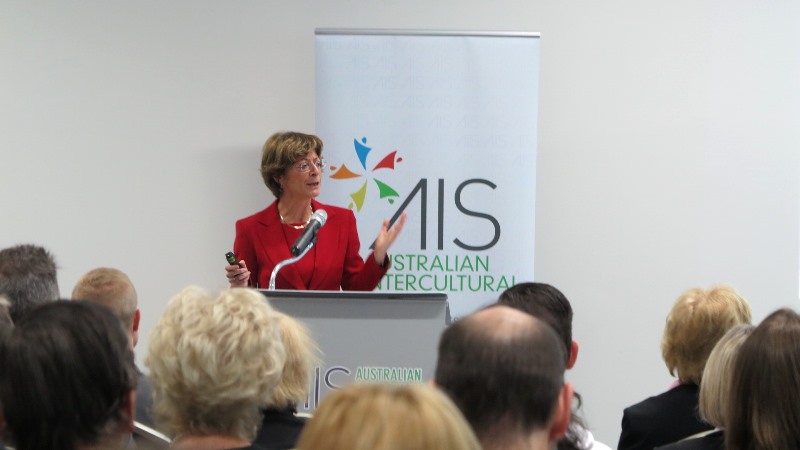 Tuesday; 7 March 2015 — The Australian Intercultural Society organised a luncheon for about 80 guests on 7 April 2015; featuring Victorian Ombudsman Deborah Glass OBE. The event was titled; “Seeking fairness for marginalised members of the community”.

Welcoming remarks were given by Ahmet Keskin; executive director of AIS; followed by an introduction by facilitator Rev’d Dr Gordon Preece; director of the Ethos Centre for Christianity and Society.

During her talk; Deborah Glass outlined the history of the ombudsman role and emphasised its importance for all Victorians today. She also highlighted several of her long-term goals; including creating a single complaints portal that would help connect people with the appropriate ombudsman service.

“I’d like to make it easier for people to complain;” Glass said. She reiterated that complaints are useful because they provide critical feedback on how an organisation can improve and maintain accountability for its actions.

To make her office more accessible; Glass said she would like to develop informational materials for third-party advocates who deal directly with marginalised groups. She would also like to change legislation to allow complaints to be submitted in a variety of ways; as currently they must be submitted in writing.

Glass explained; “It all heads in the general direction of ensuring that all Victorians have a voice; that we work to redress that imbalance of power between the individual and the state.”

The event concluded with a Q&A session and the presentation of gifts of thanks.

This event was also covered by the Herald Sun‘s John Masanauskas here.

AIS would like to thank the event sponsor; Arzu Hair Design; for their generous support.