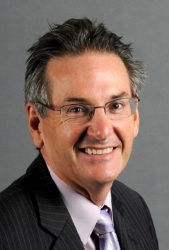 Retired from the Australian Federal Court

Justice Marshall was appointed to the Federal Court of Australia and the Industrial Relations Court of Australia in July 1995 after a career at the Victorian bar, spanning almost 14 years, almost exclusively in the industrial relations and employment areas. In 2003, Justice Marshall received a centenary medal for services to industrial relations. From January 2004 until September 2013 Justice Marshall was an additional non-resident judge of the Supreme Court of the Australian Capital Territory, sitting in the trial and appellate divisions of that court. Justice Marshall served on the Board of the Law Faculty of Monash University from April 2008 to October 2013 and currently sits on its replacement, the External Persons Advisory Committee for the Monash Law Faculty. In September 2013, Justice Marshall became one of the inaugural ambassadors for the Wellbeing and the Law Foundation (WATL) – a joint initiative of the Law Institute of Victoria and the Victorian Bar. In October 2014, Justice Marshall became Deputy Chair of the Advisory Board of the Australian Intercultural Society – an inter-faith dialogue body. On 1 February 2015, he became an Adjunct Professor in the School of Law at the University of Western Sydney and a Director of the LUCRF Community Partnership Trust.