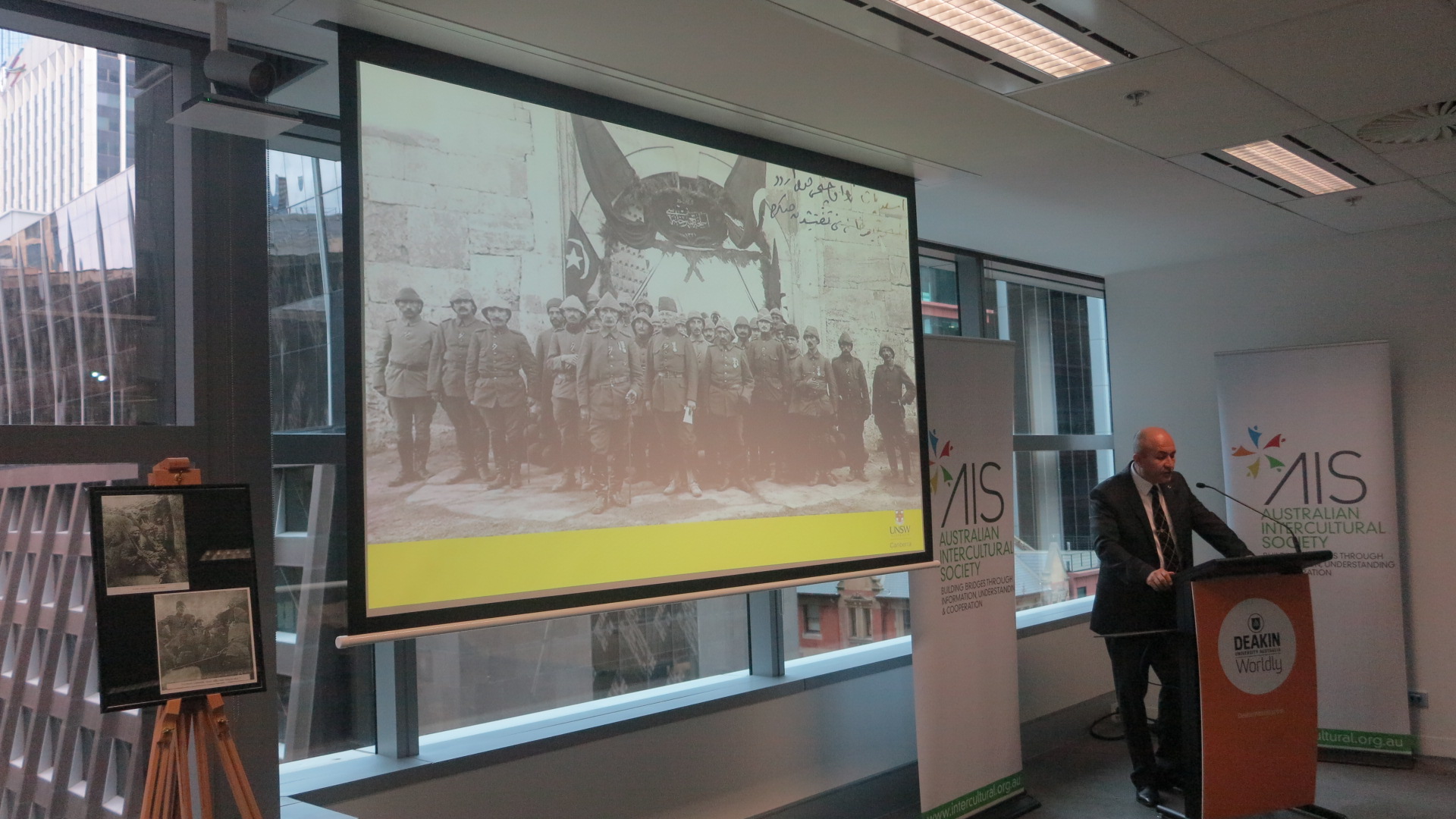 An event to commemorate the Gallipoli campaign was held at Deakin University’s Melbourne City Centre; with representatives or members of more than 50 organisations present.

She said the sharing of the stories these perspectives emphasised the ‘capacity of people to recognise and celebrate resilience; courage and loyalty even in the worst possible circumstances’ and spoke of the Victorian Government’s initiatives to assist the young generations in connecting with their history.

The keynote speaker was Associate Professor Mesut Uyar; visiting fellow at UNSW Canberra. As a soldier-turned-academic with expertise on Ottoman military history and four years of experience in Gallipoli as a junior officer; he was able to describe the details of specific attacks during the war.

Acquainting the audience with the stories and faces of some of the presumably minor actors; Uyar highlighted the fact that despite the increasing number of books being published about the various aspects of World War I; minute details were not being covered; and authors working for the conception of their own countries were leaving readership in the dark regarding ‘the other side’.

He addressed questions in relation to the intelligence and espionage coming across the Mediterranean to the Ottomans; the number of Germans in the war and their roles; and the underlying meanings of the images he presented.

Closing the event was former premier and Chair of the ANZAC Centenary Hon. Ted Baillieu addressed the question that had perhaps lingered at the back of the young minds amongst the crowd: ‘Why are we bothering with this?’

Stating that it is the next generations that count; Baillieu emphasised the importance of establishing a connection between Australia’s history and its future.

Stating that this could partly be achieved through making information accessible for the young; Baillieu praised the internet based resources that allowed ways to connect with the events that took place; and turn the remembrance and appreciation of the past into something more than an annual commemoration.

The program came to a close with gifts of appreciation presented by AIS to event facilitator ABC senior journalist Karen Percy and Associate Professor Uyar.

The event was sponsored by the Department of Premier and Cabinet and Deakin University.