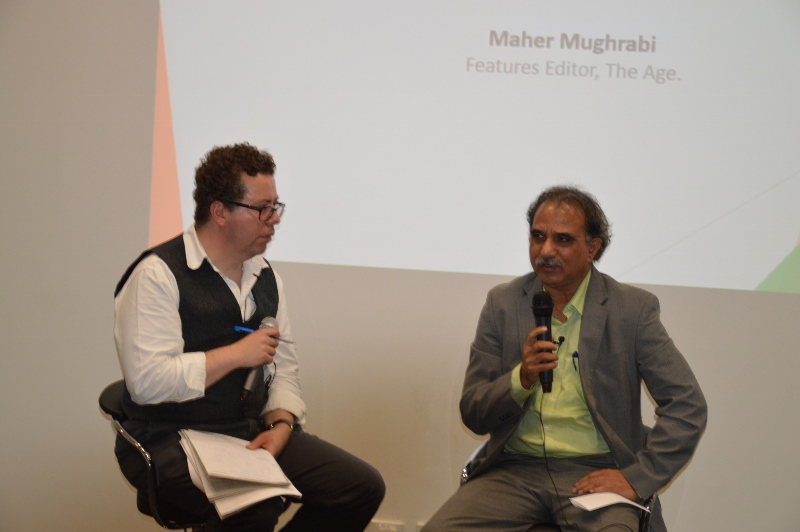 On the 24th of July 2018, the Australian Intercultural Society (AIS) hosted a conversation with Professor Anwar Alam of the Policy Perspectives Foundation from New Delhi, India on the topic of ‘the struggle of identity politics in India’.

In a conversation facilitated by Maher Mughrabi, Features editor from the Age, Professor Alam shared his optimistic outlook on the way identity politics has evolved in India.

Prof. Alam outlined that ‘identity politics has been more prominent in the public & political domain in the last 20 years, particularly in India.’

Professor Alam reiterated his point by stating that India as a nation is founded on the diversity of its people.

He noted that ‘a person in India by default knows several languages in their infancy and relates to several sub-cultures because of the diversity present.’

In his evaluation of statehood in India he said, ‘governance in India can only be successful in the diverse sense, with the need to accept and work with plurality.’

“In India, every caste group is a minority. India as a state is successful in negotiating with every minority group. It’s a country of minorities.”

“The only difference now is that minorities are standing up and asserting themselves and coming into the mainstream.”

He further asserted that in modern India, there is no discrimination due to one’s cultural or religious beliefs.

“I do not subscribe to the idea that Muslims in India are culturally marginalised. I believe that they are in a position to communicate and assert their rights,” he said.

“Identity politics has enriched the democracy, rather than obstructed its development in India.”

Professor Alam concluded by stating the ways that secularism has enriched religious diversity in the nation.

“Secularism in India operates in a way that welcomes different religious groups, rather than restricting them or showing preference to one religious group over another.”