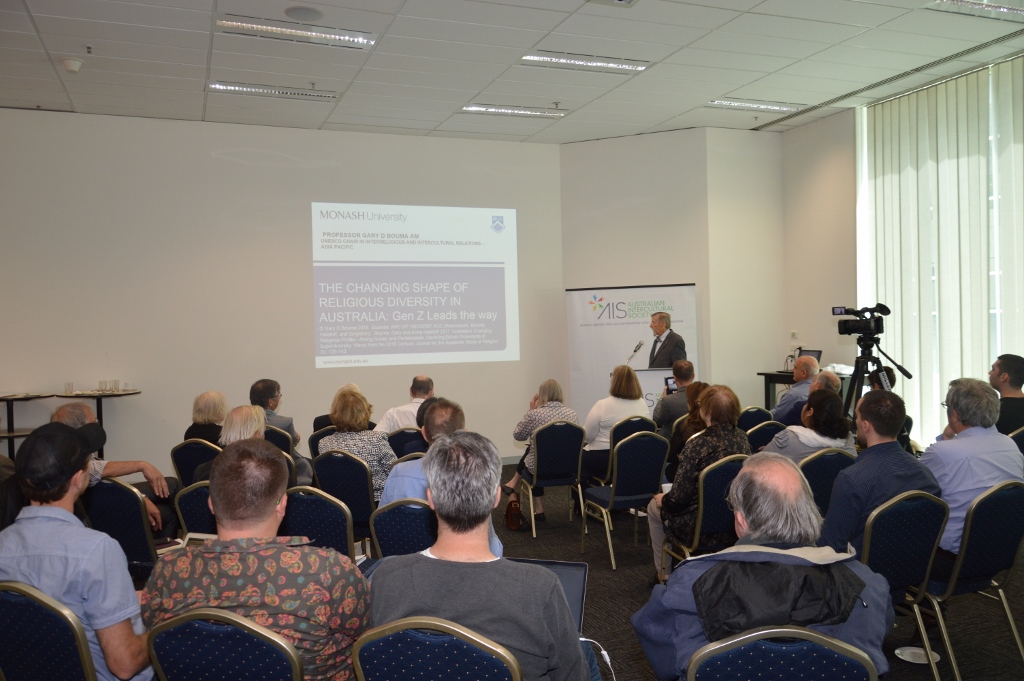 People declaring that they have ‘no religion’ form the largest response category in each age group until 65+. Migration continues to reshape Australia’s religious profile in unexpected ways. In this context this major study of Australian Generation Teenagers discovers the textures of their spiritualities. While most declare that they have ‘no religion’ that is far from the whole story. Just released data provide the facts to help understand Generation Z who are the largest generation and the leading edge of the future.

Gary D Bouma AM is the UNESCO Chair in Intercultural and Interreligious Relations – Asia Pacific, Emeritus Professor of Sociology at Monash University, Australian node of the Religion and Diversity Project, University of Ottawa, Acting Director of the Global Terrorism Research Centre, and Associate Priest in the Anglican Parish of St John’s East Malvern. He is President of the Australian Association for the Study of Religions. He was Chair, Board of Directors for The Parliament of the World’s Religions 2009. His research in the sociology of religion examines the management of religious diversity in plural multicultural societies, postmodernity as a context for doing theology, religion and terror, religion and public policy. He is the author or co-author of over 25 books. Recent books include: Australian Soul: Religion and Spirituality in the Twenty-First Century(Cambridge University Press); Democracy in Islam (Routledge); Religious Diversity in Southeast Asia and the Pacific Islands: National Case Studies (Springer); and Freedom of Religion and Belief in 21st Century Australia (Australian Human Rights Commission). His latest book is Being Faithful in Diversity: Religions and Social Policy in Multifaith Societies (ATF). He was invested as a Member of the Order of Australia (AM) for services to Sociology, to interreligious relations and to the Anglican Church of Australia in 2013.

Gary was born in Grand Rapids, Michigan and moved to Dalhousie University in Halifax NS Canada on completion of his PhD and to Australia in 1979 to take a position at Monash University. An Anglican priest, he has been a religious professional in more than 8 denominations and particularly enjoys a small Anglican Parish in Brittany which he helped re-vitalise. He is an active promoter of healthy inter-religious relations seeking to increase the appreciation of rich contribution of religious diversity to social and cultural life.

He is married to Patricia Bouma and together they have 3 living children and 2 grandchildren. A keen gourmand, he enjoys life in Melbourne.

Amanda Dunn is the politics and society editor for The Conversation. Prior to that she was for 16 years a reporter and editor with The Age, specialising in education, health, social issues, pop culture and the arts. Her first book, The New Puberty, was published by MUP in 2016.