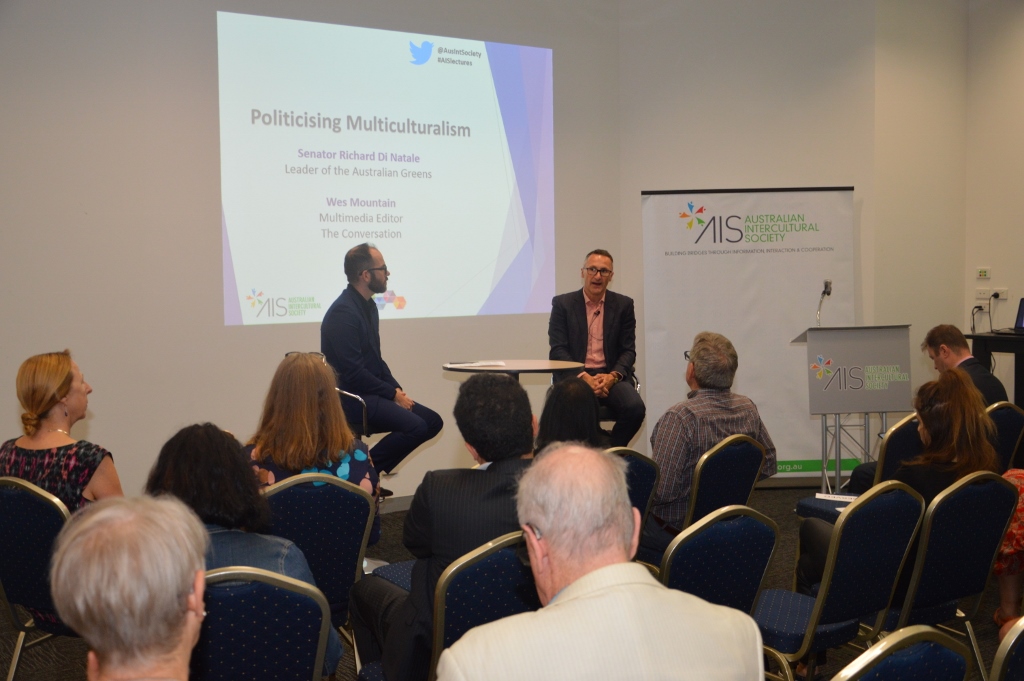 On the 20th of November 2018, Senator Richard Di Natale, the leader of the Australian Greens visited the offices of the Australian Intercultural Society to talk about the hot topic of ‘Politicising Multiculturalism’. The event was facilitated by Wes Mountain from the Conversation.

Dr Richard Di Natale is the leader of the Australian Greens. He was elected to the federal parliament in 2010 and re-elected in 2016. He was the first Greens’ first Victorian Senator. His portfolios include health, multiculturalism and sport.

Prior to entering parliament, Richard was a general practitioner and public health specialist. He worked in Aboriginal health in the Northern Territory, on HIV prevention in India and in the drug and alcohol sector. His key health priorities include preventative health, public dental care and responding to the health impacts of climate change.

Richard became leader of the Australian Greens in May 2015 following the retirement of Senator Christine Milne.

Richard, his wife Lucy and two young live on a working farm in the foothills of Victoria’s Otway Range. The son of Italian migrants, Richard grew up in Melbourne. He played VFA football for six years and is a long-suffering Richmond Tigers fan.

Wes Mountain is the Multimedia Editor at The Conversation. He is also a freelance cartoonist and writer, and has written and drawn for Crikey and Junkee, and had cartoons featured on ABC’s Talking Pictures and in the Museum of Australian Democracy’s annual best of Australian political cartoons exhibition, Behind the Lines.