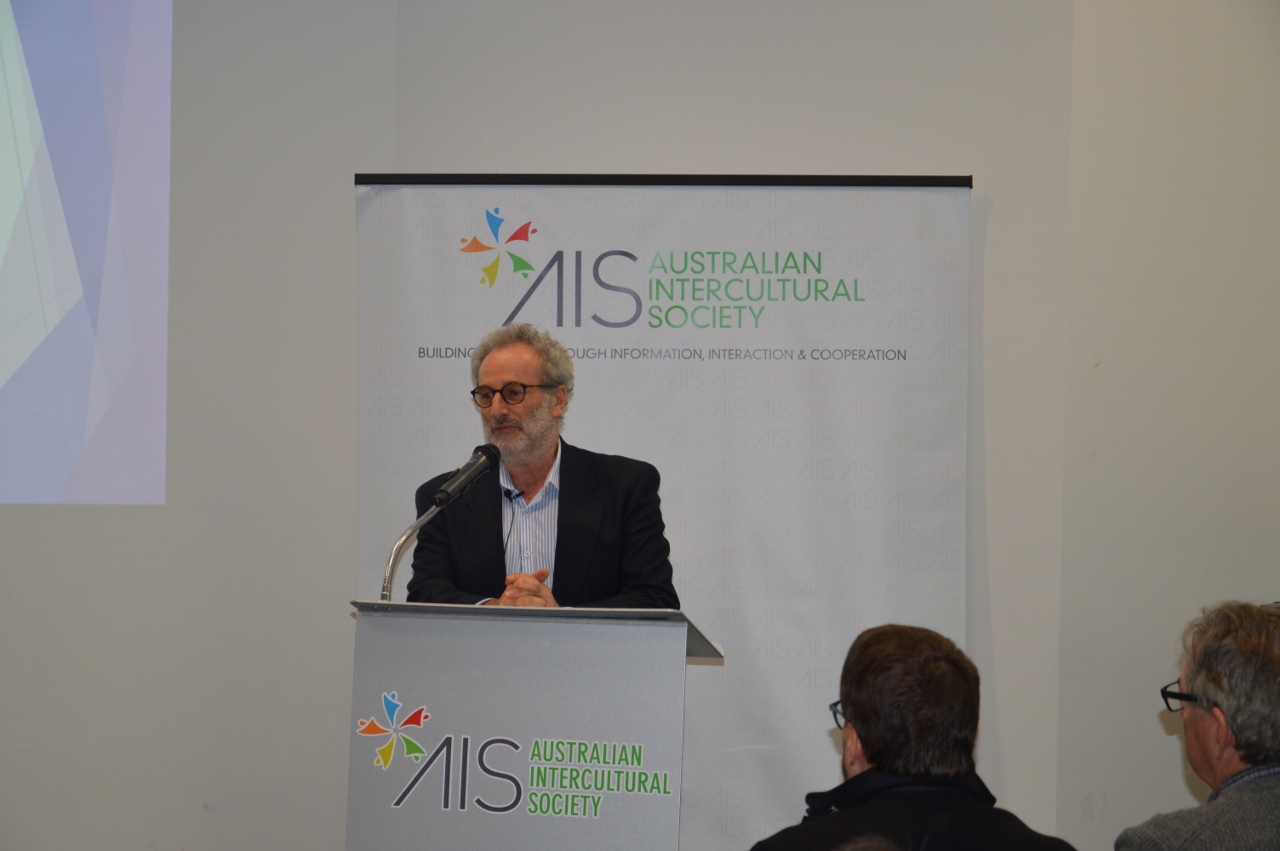 On Tuesday, 30 July, the AIS hosted the witty and articulate Jon Faine, host of his own morning current affairs program on 774 ABC radio. Faine used his extraordinary 30-year radio experience and knowledge to tackle the topic of ‘Mythology, Paradox and Why the World is so Confusing’.

Faine discussed the notion of democracy and the several looming humanitarian issues which threaten to break it down globally. “Democracy is a fragile machine”, Faine put simply, “and like all fragile machines, if you don’t put some grease on the axils and occasionally do some maintenance, change the oil and change the filters, it ceases up”.

Current global issues touched on included the pro-democracy protests in Hong Kong, the importance of recognising and instilling the rights of indigenous peoples, as well as the looming role of technology and laws governing society.

On paradox and confusion in Australian society today, Faine criticized our increasing dependence on the industry emerging in educating international students and the casino industry in Melbourne. He further critiqued our systems of regulation and accountability, and whilst many exist, he argues they often fail to be implemented or do not do enough to hold our politicians to the same standards as their international counterparts.

The audience was treated to a talk which contained more questions than answers and was centered around the several issues challenging modern society as a whole.