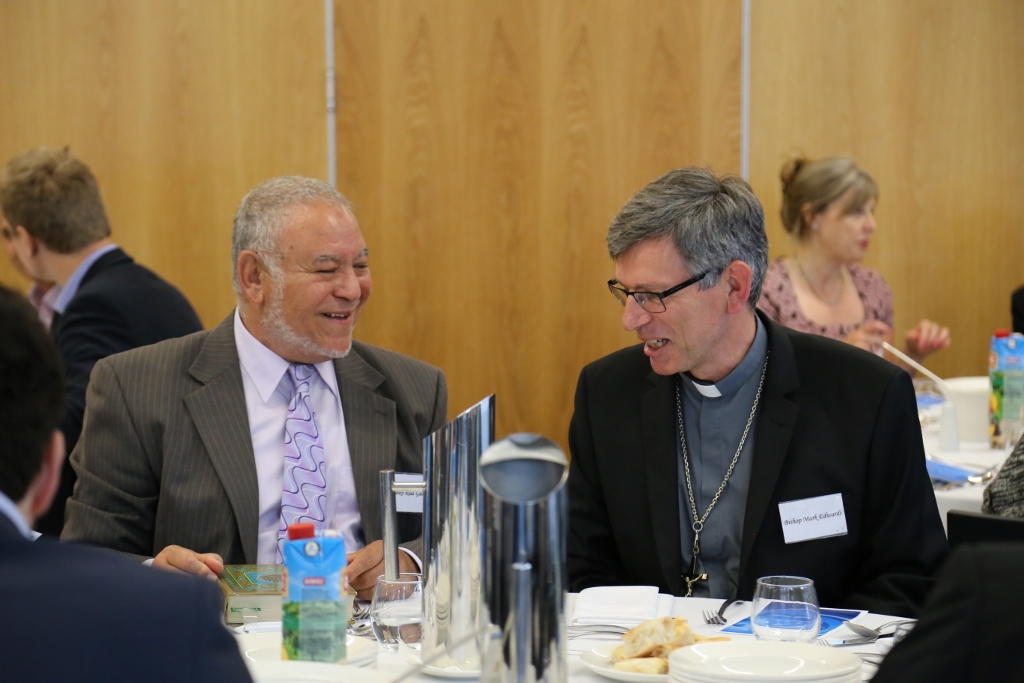 Wednesday; 25 March 2015 — The Australian Intercultural Society (AIS) and the Ecumenical and Interfaith Commission (EIC) co-hosted the Muslim and Catholic Maryam Meal for approximately 100 guests at the Catholic Leadership Centre in East Melbourne. The dinner focused on two topics: Mary as a common figure to both Catholicism and Islam; and the contributions of Islam and Catholicism to society and culture.

The choice of date was especially meaningful as 25 March marks the Feast of the Annunciation for Catholics; and 2015 marks the 50th anniversary of Nostra Aetate; the 1965 Declaration on the Relation of the Church to Non-Christian Religions.

Welcoming remarks were given by the Very Rev Fr Denis Stanley; EIC chair and Episcopal Vicar of the Catholic Archdiocese of Melbourne; and Ahmet Keskin; executive director of AIS.

Other speakers included Bishop Mark Edwards OMI; auxiliary bishop of the Catholic Archdiocese of Melbourne; who led the prayer for God’s blessing on the meal; Sheikh Riad Galil; imam of West Heidelberg Mosque; who recited from the chapter of the Qur’an titled Maryam (19:16-22); and Martin Chatfield; member of the Catholic Interfaith Committee; who recited from the second chapter of the Holy Gospel: the Gospel according to St Luke.

These discussions highlighted how both the Islamic and Catholic traditions honour Mary as an excellent role model for men and women alike.

To complement the talks; two videos were shown. The first video; produced by the Catholic Archdiocese of Melbourne and titled Contributions of the Catholic Church to Society and Culture; demonstrated Catholicism’s impact on multiple aspects of society; such as family structure; music; art and architecture. The second video; 1001 Inventions and the Library of Secrets; considered the scientific heritage of Muslim civilisation from the perspective of several schoolchildren.

The meal concluded with a discussion of the evening’s themes.

AIS would especially like to thank EIC Executive Officer David Schutz for all his efforts in organising this event.