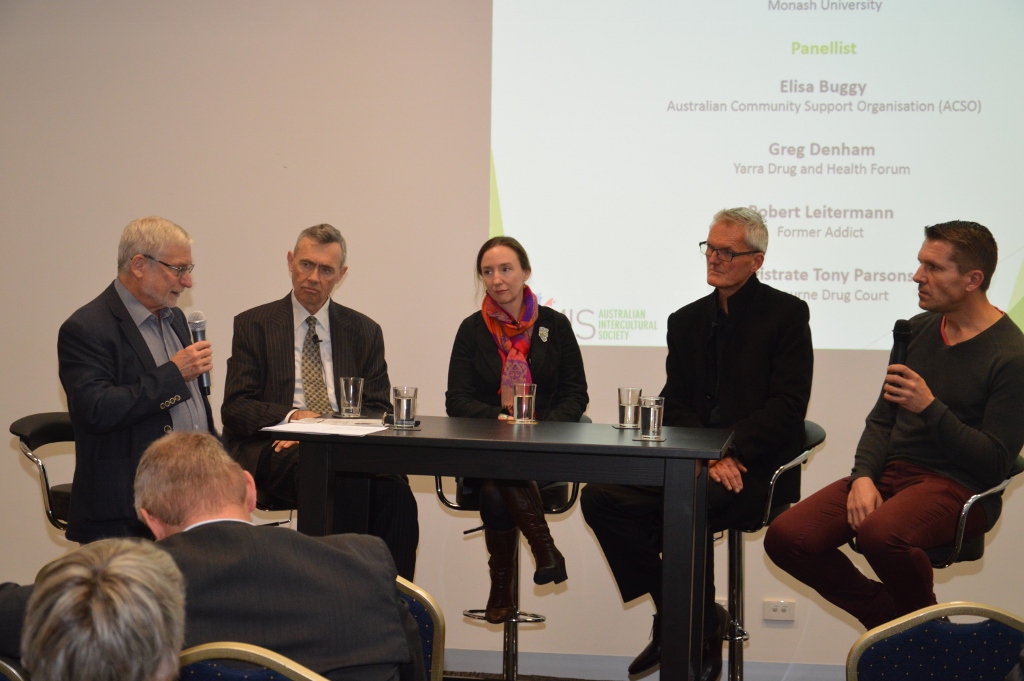 Illicit drug use has been a phenomenon impacting society for years; causing strain on relationships and attributing to financial difficulties. When most people who experiment with alcohol and illicit drugs do it casually, some develop habits and become addicted when others don’t? Can an addict truly rehabilitate themselves from drug abuse to living a ‘normal’ functional life?

Hear from the founding Magistrate from the drug courts, a former user, a professor in Law, a practitioner with extensive knowledge of drug & alcohol treatment and a former police officer who’s a warrior for evidence based policy on drugs to get the bigger picture of drug use and the path to recovery.

Professor Arie Freiberg- Holds an Adjunct Faculty appointment at ANZSOG and is a fellow of the Academy of Social Sciences in Australia and the Australian Academy of Law. He is one of Australia’s foremost experts on sentencing and the criminal justice system and has published widely from both a national and international perspective.

Greg Denham –Greg is a former policeman and a long time and hugely well regarded warrior for evidence based, rational public policy on drugs.

Robert Leitermann– Currently studying Cert IV Drug & Alcohol Studies who is flying on phase 3 of his Drug Treatment Order and who has lived experience of drug dependence, prison and recovery.

Elisa Buggy – For ten years Australia’s leading authority on drug courts, previously with Court Services Victoria for a decade and now a senior clinician with ACSO and has extensive knowledge drug & alcohol treatment.