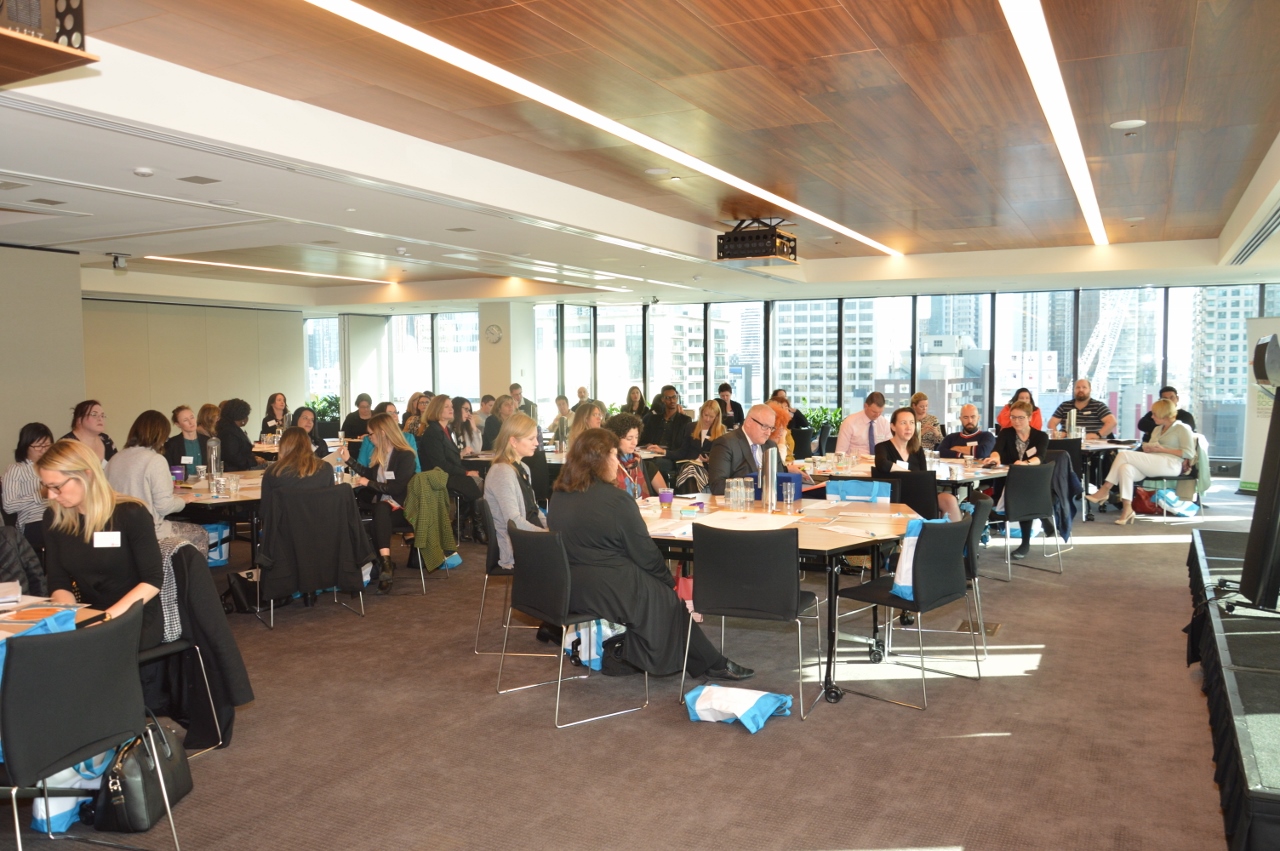 On Tuesday the 7th of August 2018, the Equal Employment Opportunity Network (EEON) hosted its bi-annual summit on ‘Enabling Diversity & Inclusion – Learn. Think. Do.’ summit at Australia Post. The Australian Intercultural Society was in attendance as a proud sponsor of such an auspicious event on issues that matter.

The summit, a whole day event, hosted five experts who presented on a number of issues relating to diversity and inclusion in the workplace. Speakers included Professor Calum Drummond who spoke about RMIT’s Women in STEMM initiative, Duncan Smith who presented on the changing world of D&I, Fadzi Whande who noted that building a culture of inclusion through racial equity transformation is of paramount importance, Donna Purcell who articulated how removing barriers and disabling labels could take place in the workplace and Karen Milward who spoke on achieving authentic workplace incluson for Aboriginal people.

Diana Hewitson, a principal consultant in HR and D&I from the Next Step organisation, was in attendance for the summit. She stated that the intent of the Summit was for participants to ‘Learn, Think and Do‘, impressively directed by the powerhouse of guest speakers in attendance; as keynote speakers, panel members, via video links/virtual technology or the many others strategically placed throughout the room as ‘table leads’. Each of these remarkable individuals were not only generous with their insights and experiences, but also connected with participants through story-telling on a personal level. Many relayed their own personal experiences and at times, intentionally causing discomfort for the many of us who will relate to being ‘privileged’ in this diverse and primarily bias world.

Another to share her thoughts was Hala Abdelnour, director at Global Echo Consultants, who was one of the table leaders at the Summit.

Some of the key take aways from the Summit according to her were:

– Rather than seeing some people as having a (dis)ability, noting the way in which society disables people via non-inclusive practice / othering / stigma and straight out exclusion.

– What our world would look like if we removed labels and offered equal access for all people; with a focus on flexible workplaces, adaptive leadership and HR practices and an open approach to having a conversation with people about their personal requirements/needs that would help them fulfill their roles.

– The value of symbolic acknowledgement and cultural safety, particularly in relation to our nation’s first peoples.