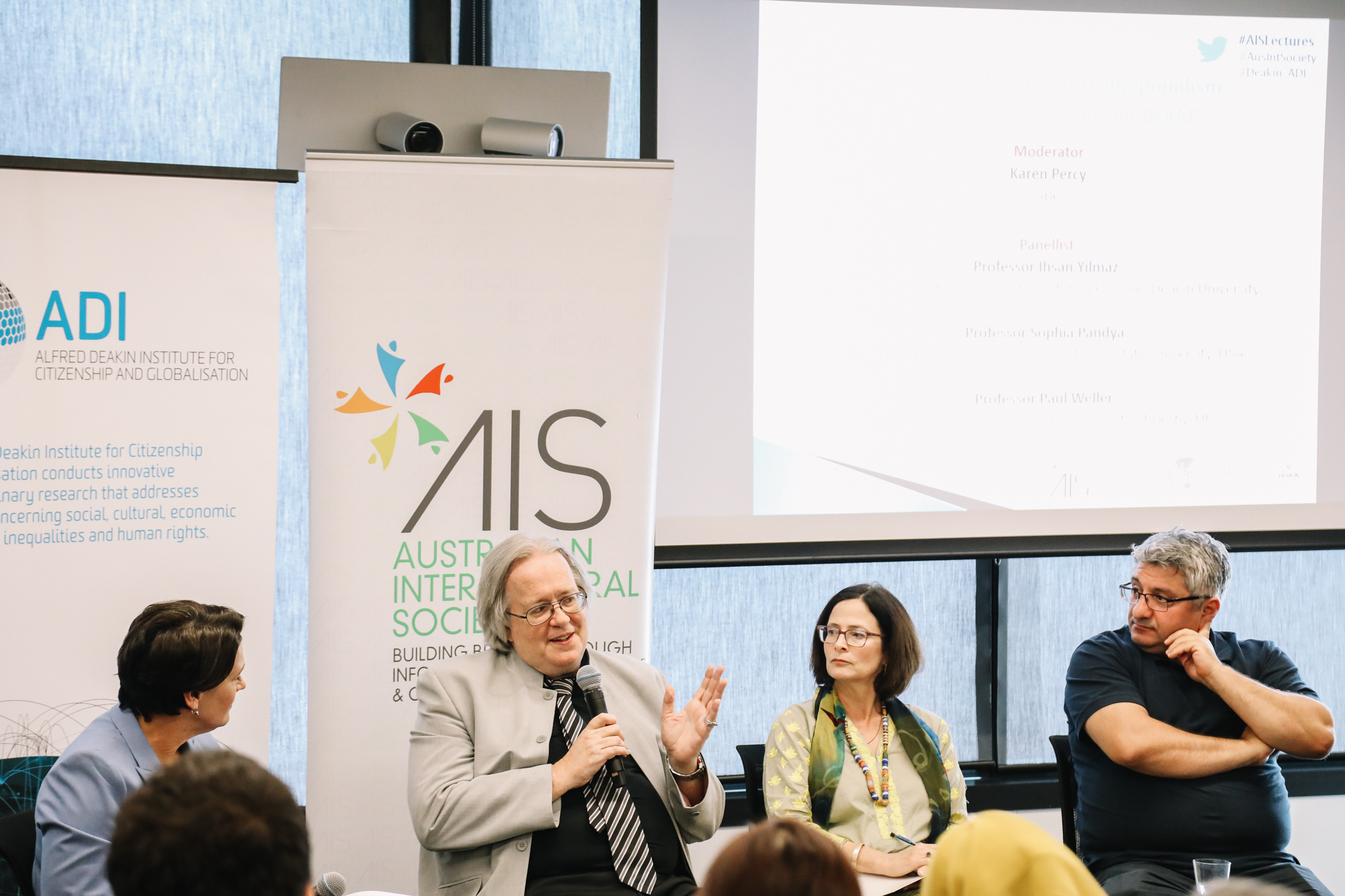 Charismatic political leaders can wield ferverous rhetoric and tug at moral heartstrings in order to justify their hard line stances and gain overwhelming support. While in principle the leaders claim to be advocating for the common people against the privileged elite, many modern day examples show the darker side of populism leading to outcomes such as displacement, continual hardship or a disastrous civil war. How do Muslims engage with, or survive against, the nationalist nostalgias sweeping people into perilous currents? He completed his PhD at the Faculty of Law and Social Sciences, School of Oriental and African Studies (SOAS), University of London in 1999. He has a BA in Political Science and International Relations from the Bogazici University (1994).

He was the Deputy Chair of the Centre for Ethnic Minority Studies at SOAS (2003-2008) and the Founding Director of the London Centre for Social Studies (2003-2008).

His most recent book is (2015) From Kemalism to Erdoganism: Religion, State and Good Citizen in Turkey (in Turkish). He is also the author of (2005, 2016 Reprinted) Muslim Laws, Politics and Society in Modern Nation States: Dynamic Legal Pluralisms in England, Turkey and Pakistan. He is also co-editor with John L. Esposito (2010) Islam and Peacebuilding: Gülen Movement Initiatives; with Paul Weller, (2012) European Muslims, Civility and Public Life: Perspectives on and From the Gülen Movement, London, Continuum and with Greg J. Barton and Paul Weller (2013) Muslim World and Politics: Creative Contributions of the Gülen Movement. Dr. Pandya has authored a book (2012), Muslim Women and Islamic Resurgence: Religion, Education, and Identity Politics in Bahrain,  she is also the co-editor of a second published volume (2012), The Gülen Hizmet Movement and its Transnational Activities: Case Studies on Charitable Activism. She is now finishing a manuscript on the Hizmet movement, alterity, and the challenges of altruism. Dr. Pandya traveled to Ethiopia three times as a fellow of the American Institute for Yemeni Studies, to study Yemenis living in diaspora in Ethiopia.  Her interests have also included religious change in Yemen among both the younger and older generations of women, and the ways in which they negotiate conflicting religious discourses.