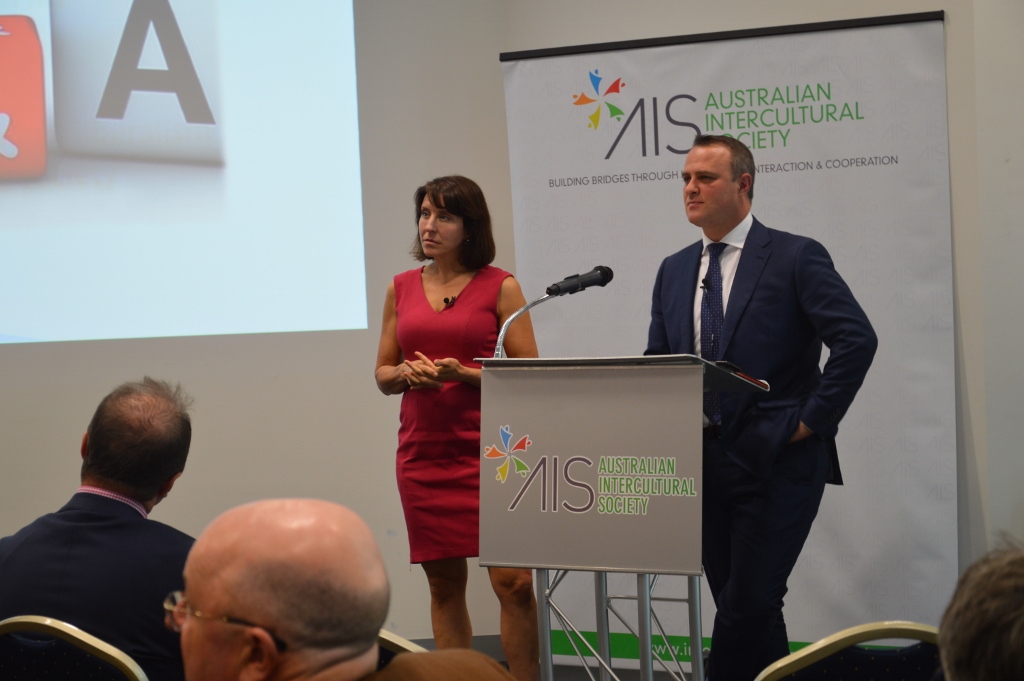 Walking the fine line of liberalism in a pluralistic society Tim Wilson is the Federal Liberal Member for Goldstein, and was first elected on 2 July 2016.

Tim was formerly Australia’s Human Rights Commissioner. In that role he worked with government to reform laws to stop and prevent terrorism, improving economic opportunities for indigenous Australians as well as standing up for marginalised communities from public harassment. Tim is also an advocate for protecting free speech and religious freedom.

Tim has been consistently recognised for his contribution to Australian public life including as one of The Australian’s ten emerging leaders of Australian society in 2009 to one of Australia’s men of influence by Men’s Style magazine in 2016.

He has a Bachelor of Arts (Policy Studies) and a Masters of Diplomacy and Trade (International Trade) from Monash University, as well as a Graduate Certificate in Energy and Carbon Management from Murdoch University. He has also completed executive education at the World Intellectual Property Organisation’s Worldwide Academy and the Institut de Hautes Études Internationales et du Développement.

His principle areas of policy interest are: health, trade, energy and the environment.

Tim has had a varied career. His first job was delivering the Mornington Leader, before carrying timber around the work sites for his Dad’s fence building business over the school holidays. He then became a waiter, electorate officer and was twice-elected Student President at University.

After University he worked in international aid and development across South East Asia, as a consultant, ran his own business, worked for radio stations and as a policy director at the Institute of Public Affairs. He’s also served on major boards, including Monash University and Alfred Health.

Away from politics, Tim enjoys walking, running and bike riding, as well as visual arts.

Tim and his partner Ryan are passionate supporters and members of the mighty Melbourne Demons, and as a hobby collect gins from across the world. Facilitator: Dr. Leslie Cannold
Dr Leslie Cannold educates and trains on inspirational leadership, gender equity and respectful relationships, She is a regular on ABC TV’s Moral Compass and an occasional columnist at The Age. Leslie sits on a variety of boards and advisory committees and is the recipient of numerous awards and notices for her contributions to public life.Dr Leslie Cannold has a BA from Wesleyan University in the USA, a Masters in Arts and Bioethics from Monash University and a PhD from the University of Melbourne. Her books include What, No Baby? which made the Australian Financial Review’s top 101 books list. Her first novel, The Book of Rachael was published by Text Publishing in 2011 and reprinted in 2012. The Book of Rachael debuted in the US in December 2013 and England in 2014.Dr Cannold is an award-winning columnist, oft-noted as one of Australia’s leading public thinkers. She has been named alongside Professor Peter Singer, Professor Gustav Nossal and Inga Clendinnen as one of Australia’s top 20 public intellectuals and was named by the Power Index as among the Top Ten most influential brains.In 2013, Leslie was listed alongside Prime Minister Julia Gillard as one of Melbourne’s most influential women. She was a finalist in the best science tweet contest for Science Week 2010 and in 2011 was honoured as Australian Humanist of the Year.Leslie is an adjunct Associate Professor at the Department of International Business and Asian Studies at Griffith University and Founding Faculty at The School of Life in Melbourne.Leslie chairs the Ethics Review Committee of Marie Stopes International. She is a community member – and sometimes Chair – of divisions of the Mental Health Tribunal and sits as a community member on both the Victorian Board of the Nursing & Midwifery Board of Australia and its notifications/high risk and immediate actions committees. She contributes to the panel process as a community member in health practitioner disciplinary matters, including those involving medical doctors and psychologists.